I celebrated the holiday by circling the Great Orme in the face of some of the most terrible wind I’ve ever ridden in. I did two circuits on Christmas Eve, managed only one on Christmas, but salvaged my self-respect with two more on Boxing Day. 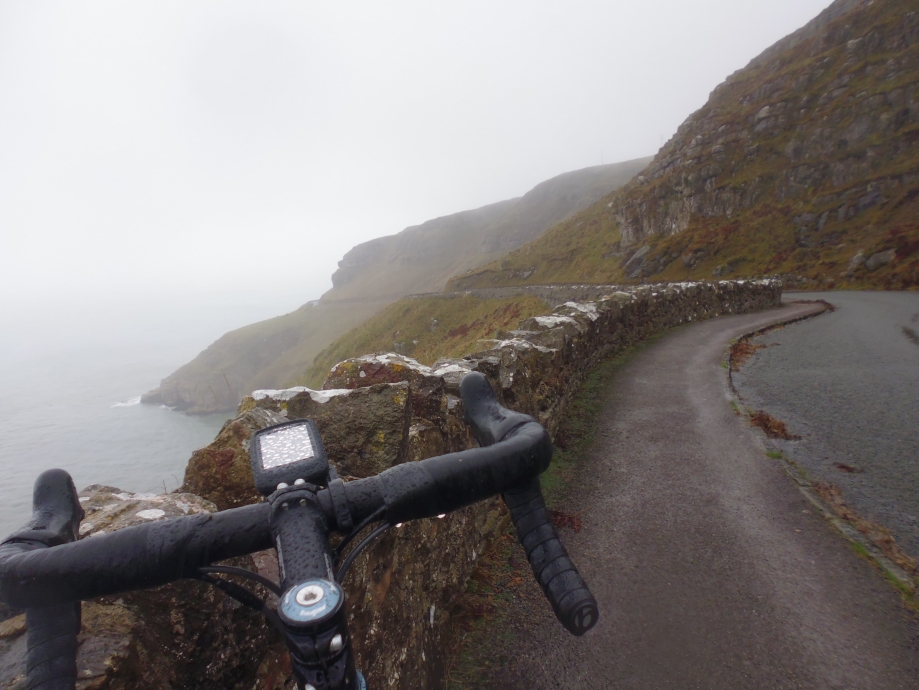 My in-laws live at the foot of the Great Orme, in Llandudno, northern Wales, and in September of 2014 I watched the Tour of Britain ascend the Orme. It’s a good, difficult ride; when I go twice around it, I cover 11 miles, about the same as my normal training circuit, but, compared with that ride, it has 329 meters of climb, twice my training circuit. 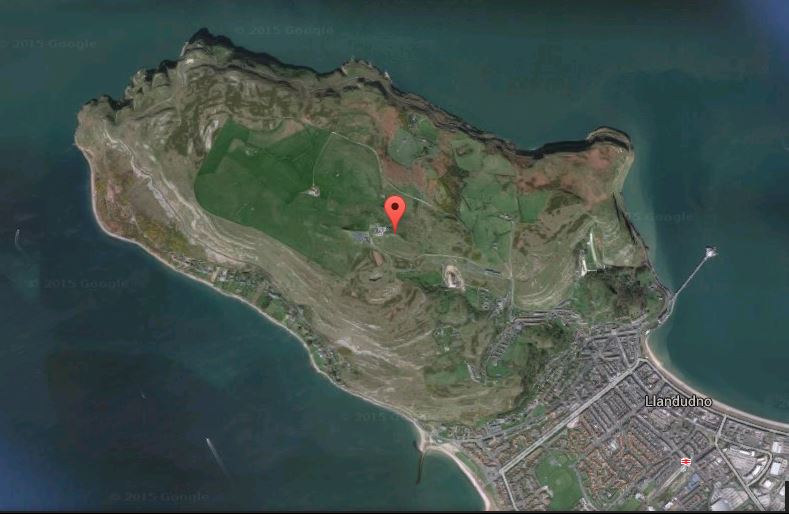 On a good day, you get a strong sea breeze, making it a very hard climb. On a difficult day, like those across Christmas, roaring gusts make it incredibly difficult. The wind had died down on Boxing Day, so I was able to go around twice and stay on my bike the whole distance, but it was a struggle.

Besides the fun of cycling and the sight of the sea, there are other pleasures along the ride. On Christmas day, just after I crossed the cattle grate that starts the private road, I was greeted by Billy Goat Gruff, or at least that’s how he looked to me. My pictures aren’t very sharp—the sky, besides being rain-filled, was heavily overcast—but these are the goats that live on the Orme.